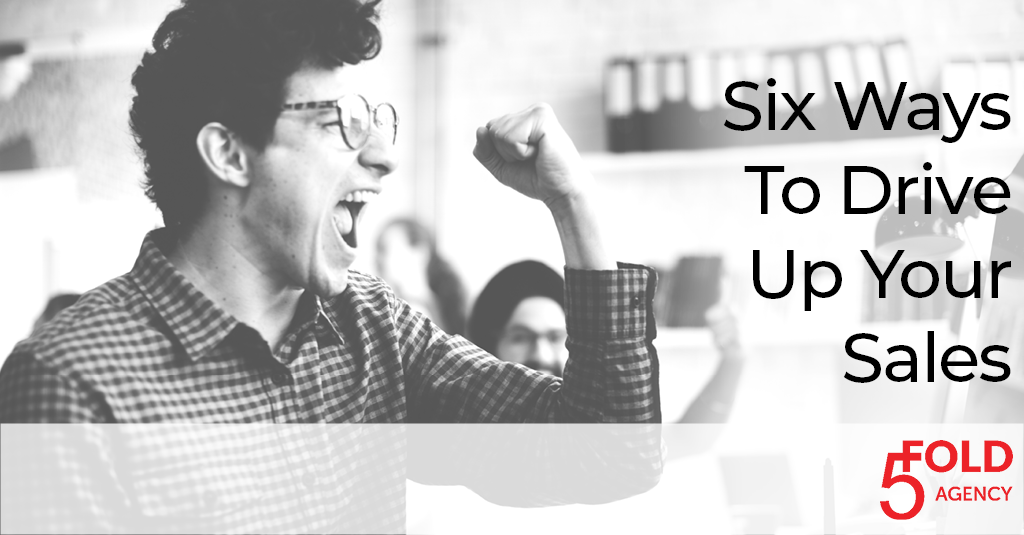 How to Step Up Your Sales Game

To sell, and to be good at selling, there are a number of things you can be doing to make sure you’re getting the most out of every lead. We’re going to share the top six tips we’ve found in our work that motivate sellers and make managers happy.

One: Don’t be Afraid to Have a Commission Plan

Most people shy away from the idea of commission, they don’t like the idea that they might have a rough month and not get paid anything. But commission doesn’t have to be like that, and it can be incredibly motivating in certain circumstances. If you’re in a position where you’re selling, you should be making a commission. Commission is one of the best external motivators there is, and if you’re not making commission, you need to talk to your boss.

If you’re a boss or you’re a manager with people who are selling but aren’t making commission, you should seriously think about changing the way you structure your employee salaries. You’re not properly incentivizing your people to go out and do their best to get everything they can.

Two: Use LinkedIn as a Prospecting Tool For New Leads

If you’re not using LinkedIn as a prospecting tool, you’re missing out on a lot of potential leads. You should be connecting to as many people in your industries as you can and creating a substantial base of connections.

Now, and this is a big thing, don’t connect with someone and then immediately start sending them stuff about buying or about recruiting or anything else. I’m going to say it again because this is so important. Do not, and I repeat, DO NOT start messaging people immediately after they agree to connect. That is how you get blocked as spam. LinkedIn is more about being connected and having a base, it’s about building a brand for yourself. If you’re connecting with people who are all in the same space that you’re trying to sell to, and you’re connected with a lot of them and you’re posting things on LinkedIn that are relevant to their industry, they’ll see that you’re someone reputable, someone who knows the industry. It’s a slow build, but you want to be the person that comes to mind first when they think of people who always know what’s going on in the industry. That’s how you get in, and then when they need whatever it is that you sell, they’ll reach out to you first.

Most people who have worked in sales have some kind of system in place, they have some way to track their leads and how they followed up. A lot of people who are older used spreadsheets and things like that, and people who are newer to the industry generally have experience with one or two of the major CRM systems. Make sure you’ve got a system in place that you know works for you and use it. You don’t want to forget to follow up with a lead only to have some other company swoop in and snag it at the last moment.

Even if you’re someone small, and you think you don’t need one, you still need a way to track all of your information. Just put some system in place. Our recommendation is SharpSpring, we work with them and have found it to be the best for what we need. The system takes all of the driving forward and remembering out of your hands, and lets you focus on other things.

Four: Audit Your Current Methods to Determine How Well They Work

There are a million different ways to generate leads, from LinkedIn to trade shows to mailings to phone marketing to every other practice available. You’re likely already doing quite a few of these as you’re generating leads, but are you keeping track of what leads come from where?

If you’re going to a trade show, for instance, you should be keeping track of what your numbers look like. You should be looking at how much it costs to go to that trade show vs how much revenue you generate from it, how many leads you got, every kind of metric. You need to then take that data and determine which tactics are the most effective for you. If trade shows are less effective than LinkedIn prospecting, maybe you need to make some adjustments, stop going to as many trade shows and start doing more LinkedIn prospecting. Only you know what is working and what isn’t, but you should be keeping track of the things that work best for you and trying to angle more towards the ones that keep you headed up.

Five: Turn Quotes Around In a Few Days Max

We’ve spoken with so many potential clients that say it can 1-2 weeks to turn a quote around. That’s ridiculous, and shouldn’t be happening if you’re trying to sell something. When you’re waiting on information (either from a client or a third party) that’s one thing, but if you have all the information, you should be taking one or two days max to turn around a quote.

Even if you don’t have the quote ready yet, you should answer messages as soon as you see them, even if you don’t have whatever it is they’re looking for yet. If you know it’s going to be 15 hours before you can get a quote for someone that emailed you, you should still respond to their email within a half hour of seeing it, with a ‘hey, I saw this, I should have an answer for you by tomorrow’ so they know you’re working on it. People like certainty, and if you give them a quick response (even one that gives them nothing but the knowledge that you’re working on it) they’ll appreciate it a whole lot more than radio silence.

There are several ways to make sure you’re getting your timing for quotes down, but above all else, make sure that you’re communicating and letting the other person know what the plan is at every step.

We wish we didn’t have to spell this out, but we feel like we should. Don’t be lazy. If you’re satisfied with no commissions, whatever salary you’re getting, and are fine with whatever you’re doing that brings in enough business that you don’t get looked at too carefully, then maybe sales isn’t for you. You have to want to do better, to push yourself harder to get everything you can get in order to excel at sales. If you’re complacent, then you’re falling behind.

You need to push hard to get what you want. We hear from so many people that they don’t have sales, they don’t have revenue, they don’t have all this great activity, but they’re not doing anything to generate that for themselves. If you don’t have a great marketing team or a firm like ours constantly generating good leads, you’re going to have to go out and do a lot of work to get yourself those prospects. You can’t sit around and wait for someone to hand you everything you need to do well in sales.

If you email someone and they don’t answer, pick up the phone and call them. If they don’t answer, send them a message on LinkedIn. If they don’t respond to that, send them something in the mail. If you still get no response, go knock on their door if they’re local, or even if they’re not. Don’t let yourself get discouraged and don’t stop following up, just keep pushing forward and making sure that you’re going as far as you can with every potential lead. Most people give up after one or two tries, and by pushing yourself to go further and keep following up you’re putting yourself out ahead of the pack. Start today. Start whenever you read this and keep going. Don’t let yourself be complacent, and don’t be lazy.

We are a digital marketing agency focused on people who make cool shit. If you make cool shit, and want everyone to know how awesome it is, we can help.

Looking For Some Marketing Help? 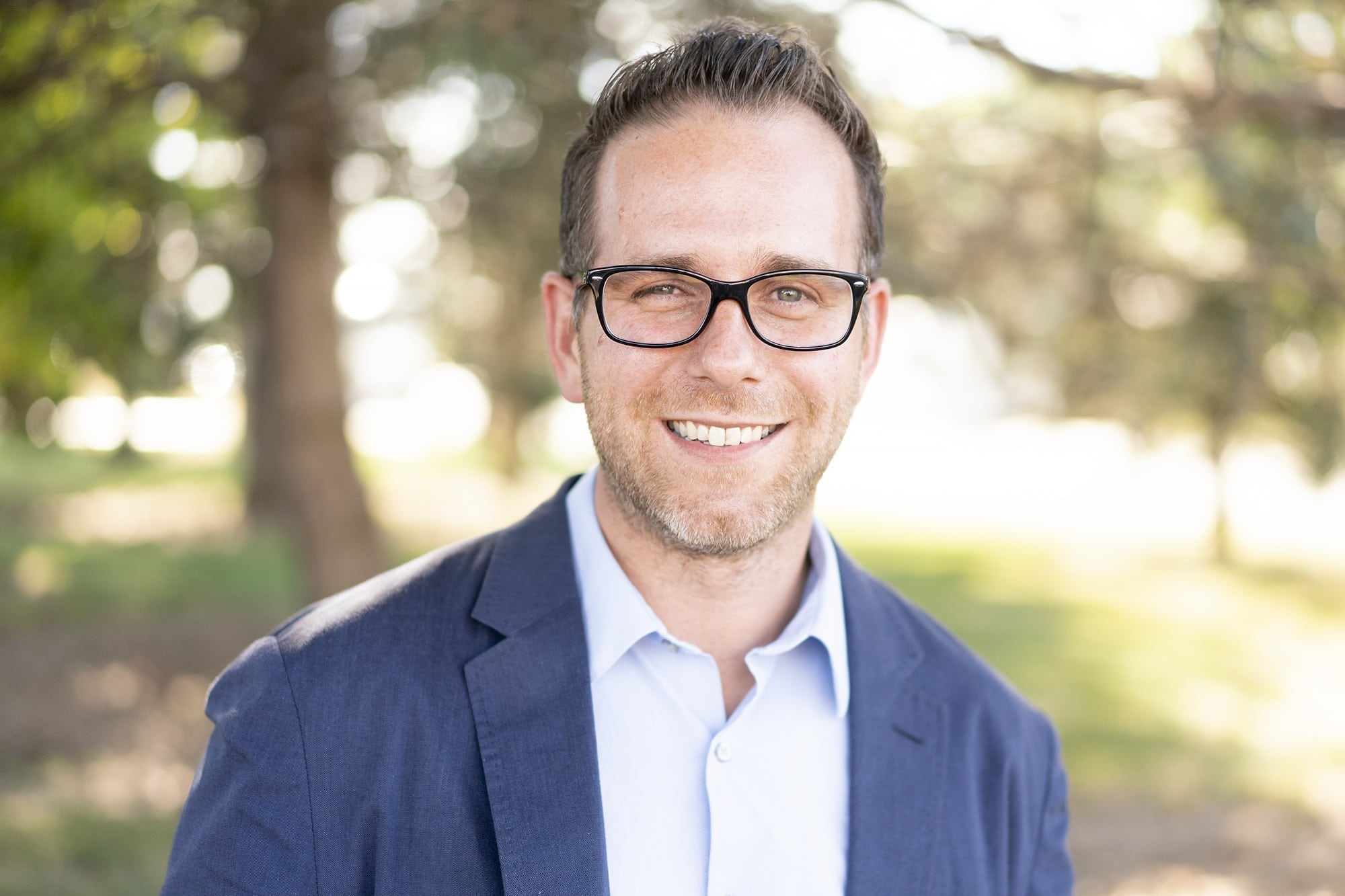